Making People In My Head – by Gaie Sebold

A fun and interesting look at writing characters from Gaie Sebold.

Someone asked me recently, “Which comes first for you, character or plot?”

And having said it, I realised that it might be generally true – at least, where novels are concerned – but of course, it isn’t as simple as that. A character doesn’t just stroll into my head, named, physically complete and fully costumed, with all their quirks, motivations, backstory, family and taste in beverages neatly arrayed.

I know one or two things about them, to start with. Generally I have a good idea what my major characters look like. In fact they’re often so clear in that respect that I have to remind myself to put some of that stuff on the page, because, unfortunately, readers can’t actually see the picture in my head. 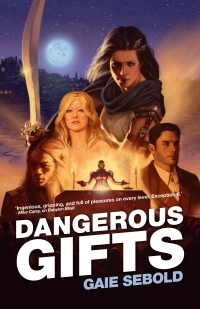 I know what they do for a living. That in itself is part, of course, of who…