Writing in the Hayward Gallery

I spent a fun and creative writing afternoon writing in the Hayward Gallery. The writing was guided by exercises provided by Shaun Levin, and inspired by the works of Dayanita Singh and Ana Mendita.

Danyanita Singh is an artist and book-maker who works with photography. Photography is just a language: in her work images become texts. 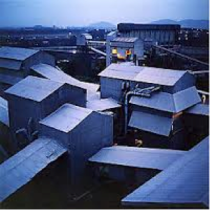 Twilight shifts the world through shades of blue; haphazard lego-brick shapes with snaking pipes and orange maws fill the frame. Each light is a focus for conversation, for contact, as fingers and thumbs dance over glowing screens. Faces bend close; eyes narrow and then widen with delight; lips press together before stretching into a smile. Fingers flick, stroke and scroll. A sudden laugh, head thrown back, a momentary disconnect. The world rushes in: rumpled sheets and the smell of sweat and sex, the bite of hard chairs on the backs of legs, the familiar ache in hunched shoulders. And just for an instant, a glimpse of jumbled rooftops through the window, stretching to the shadow of hills and an empty sky.

During her brief career Ana Mendieta generated an inventive visual language. Using her own body, together with materials such as blood, fire, earth and water, she created visceral performances, which she captured on film.

Traitors’ Rock: a place for the clan to gather to witness the cleansing fire. A place for Marti and me to sneak back to at night, or in the drab grey of dawn, to sift through the charred debris, hoping for coins or trinkets that survived the flames. Sometimes we got lucky; mostly all we got were black-streaked knees and dirty fingernails.

That never stopped us; there was something compulsive about the place. It shouted secrets.

Marti cried sometimes, rubbing tears and snot across her face when I dragged her close to the Rock. I would have to shake her, and hiss that if she didn’t shut up the spirits of the stone would snatched her into the dark. And then I’d give her a piece of jerky to chew while she searched the outer rim of the burn. I had to remind her to give thanks when her grubbing fingers turned up a shiny, as she called it. Facing the Rock, we would touch soot-stained fingers to our foreheads and trace the sacred symbol, silently mouthing the words that bound us to this place.

Stillborn, I watch you. Hollowed out; smiling on the outside. Feel my skin. Don’t I feel solid? You smile and turn away, leave me rough and grieving: a scorched outline. Trace me—smooth fingers along rough surfaces, unwelcome bumps and lumps, caught on the cusp of becoming. No, don’t turn away. I exist only in your gaze. I stand in a frozen attitude of attention. Perceive me; consider me. Give me legs to stretch and walk away… from you.

If I stand here long enough, maybe you will see me. Or maybe you won’t. I hold my breath, torn between the two possibilities; not knowing, now, which one I want to come true. Don’t be stupid, I tell myself. Isn’t this why you have come? To be seen, noticed. To move in the same space, breathe the same air, taste life in the same way as you.

I hear the steady hum of voices, breaking into a staccato of shouts and laughter as you draw near. I take a breath, ready to step out, to enter your world. But limbs refuse to move, muscles lock in place. I’m a statue, slicked and pasted and moulded into the background. You saunter past. The moment is lost. Again.

Writing Workshops and Getting Published

Around this time last year I participated in a series of workshops that explored ways of engaging with the city of London via writing. Entitled ‘Write Around Town’ and facilitated by writer Shaun Levin, each workshop took place in a different venue. I found myself writing in galleries and museums, department stores and cafes. All fun, and more importantly, great prompts for creativity.

As a primarily science fiction writer, I surprised myself by writing a couple of pieces of fairly decent ‘general’ fiction. The work generated during the adventure of ‘writing around town’ has now appeared in an anthology, published by Tree House Press and edited by Shaun Levin. The anthology is entitled ‘Writers in the Crowd’ and can be found both on Amazon, and more pertinently on the Tree House Press website. 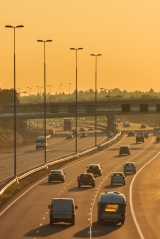 My story: Junction 13: There and Back Again is, believe it or not, about driving on the M25. Sounds dry, huh? Well, to my surprise the piece really took hold of me; it wasn’t exactly a pleasure to write, but the damned thing wouldn’t let me go until I’d finished it.

Fortunately for me, I am within spitting distance of completing my MA in Creative Writing. This means that I am at liberty to sign up for the next ‘Write Around Town’ course, which starts in October this year. I’m looking forward to meeting new people, and writing for fun in interesting places. And you never know, some of the work may well appear in print.

Over the last five years I have participated in a variety of writing workshops. Some focussed on character, plot, point-of-view: the ground work of all creative writing. My first experience was with a beginners class offered by The Complete Creative Writing Course run by Maggie Hamand. This experience gave my confidence a huge boost and I progressed through the intermediate and advanced courses offered by the same company.

By the end of this process I had living, breathing, compelling characters, a world that I’d created from scratch which felt pretty real (and which has continued to gain shape and definition over the intervening years), and a solid stab at my first novel.

I realised that there were other approaches to writing workshops that allowed for more discussion and investigation of the approaches and methods used by established writers. These groups are usually smaller, 6-8 participants, and often focus on a particular author for each workshop. Here, the time is usually skewed slightly more towards discussion than writing exercises. Once or twice I found myself with serious ‘resistance’ issues around a particular writer’s style or approach, but once I got over that I was very pleased to discover elements that really strengthened my own writing.

One fun and creative way to approach writing is to use a variety of locations, for example art galleries and museums, in which to write. I do, on occasion, wander off to the South Bank with notebook in hand and come back with at least one piece of inspiration for my book (often more). If you’d like to do this sort of writing activity in a group, in a more directed style, then workshops like those run by Shaun Levin are ideal.

I have attended a number of Shaun’s workshops over the last two or three years, all of which have been very useful (and fun). In fact I have recently signed up for his next round of workshops entitled ‘Writers Around Town’, which start in October this year. I’m looking forward to writing in the Tate Modern, White Chapel Gallery and the Wallace Collection.

Stepping away from structure and towards practice, I regularly attended a weekly workshop run by the playwright Diane Samuels. In these workshops the focus is entirely on the ‘practice’ of writing: relaxed, free form, opening up and really listening to our inner voice. It might sound a bit ‘out there’, but trust me those workshops really made a difference to the quality and depth of my writing. I’ve had to take a break from these and other workshops while I work my way through my dissertation, but I can’t wait to get back to Diane’s workshops.

Ah, and that’s what I should be doing now, working on my dissertation. I started my MA in Creative Writing at Middlesex University in October 2011 and will finish in September this year. I chose Middlesex University as it offered an MA with a Science Fiction and Fantasy strand. It has been a real boon to work with other writers and tutors in the SFF field. It is a real pity that my cohort is the last to go through this excellent course.

Taking the plunge to do an MA seemed the next logical step after whetting my appetite and my skills on the range of aforesaid external workshops. I’m well on my way to finishing my first book, Crystal Flight, and have out outline for the sequel. (Hurrah!)

One of the BEST and most USEFUL aspects of all the above course and workshops was the element of critical feedback from other participants and tutors. Feedback might be scary at first, but it is essential for a writer. If you want your work to shine, you need to dig out the grit and polish up the rough edges. And sometimes, well quite often, other eyes are better at spotting those tricky smudges.

In September 2011 I went along to the Royal Academy of Arts as part of a ‘Stories at an Exhibition’ writing group led by Shaun Levin. I spent a couple of hours wandering around an exhibition of street photography by André Kertész, and writing to images that inspired me. The first exercise invited me to stop at ten random photographs and write the story that I saw in the image—one minute of writing per photograph. Looking back over my notebook, I’m surprised at the immediacy and energy in the few scribbled lines per image—each one could blossom into so much more.