How (Not) to Write a Steampunk Novel by Gaie Sebold

Ah… the ups and downs of a writer’s publishing life… 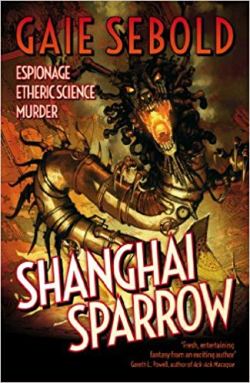 To start with, I didn’t actually really intend to write what ended up as a fantasy Victorian spy adventure, with a trickster heroine, set partly in 19th century Shanghai.  It just sort of happened.

I had one of those conversations, you know the way you do, about this idea that might be quite fun, which I hadn’t really thought through in any way at all, and then someone said how about you send us a proposal?

At which point I made that gulping noise, the one cartoon characters make where a big comedy bump sproings up and down their throat, and said, OK sure no problem.  Then I ran away to find a large glass of wine and hide in it.

Because I’d never done a proposal before.  And the writing sort is probably not quite as scary as getting…

Follow Loving Life in the Rain on WordPress.com
Join 359 other followers